A Blog for the Alcoholic & Bipolar Minds

Aside from me being absolutely in awe of that picture (I LOVE it), my heart hurts for Colorado. 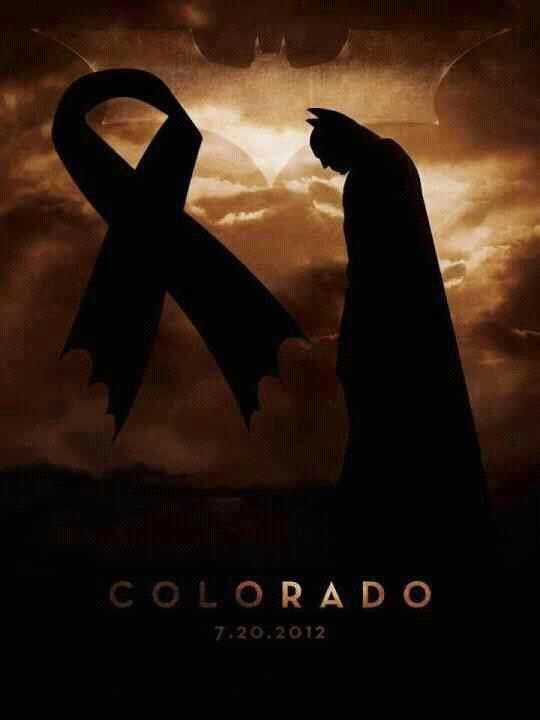 The latest local reports say 12 people died and at least 54 were injured when a lone gunman opened fire in a crowded Aurora, Colorado, theater last night. The sellout crowd was attending the premier of the third Batman movie, “The Dark Knight Rises.”

This was the news that greeted me when I got up this morning and I was as shocked as everyone else here in Denver and across the nation, moreso because my son and a group of friends had gone to the showing, a triple feature of all the Batman movies. Fortunately they went to different theater. (Aurora is a SE Denver suburb; we live on the far north side.)

My thoughts today are with the victims and their families, loved ones, and friends.

For whom the bell tolls

My name is Bats

and I'm an alcoholic.

I Double Dog Dare Ya!

I Was Once Popular